Lords Mobile: Build an empire to destroy your enemies 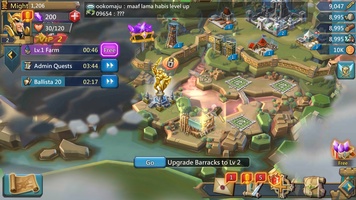 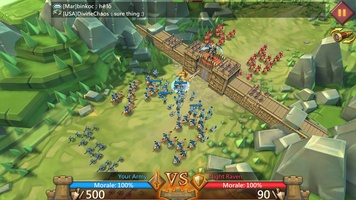 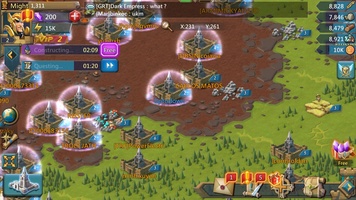 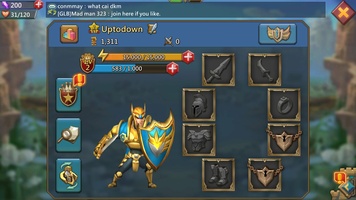 Advertisement
Lords Mobile is a real-time strategy game that challenges you to build an empire and battle against a bunch of players from all over the world in gigantic mega battles. Plus, you can customize your hero's skills and equipment.

The way you'll be managing your empire isn't too out of the ordinary within the world of Android battle and strategy games. Meaning, you need to use a number of different resources (stone, wood, food, etc.) to construct new buildings in order to eventually build bigger and better buildings.

During battles, players aren't allowed to directly control how their armies respond to enemy attacks. You'll have to prepare them for combat beforehand and maintain your troops' spirits high to keep them fighting and alive. Remember that the quality of your weapons and armor will, without a doubt, tip the odds in your favor.

Besides online battles against other players, Lords Mobile features many single-player missions that follow the story mode. In this game mode, you'll face special enemies that'll put your army to the test.

Lords Mobile is a noteworthy management strategy game that has stunning visuals. It also deserves a special mention for the quality of the multi-player battling scenes that include over a hundred units at any given moment on your screen.
Lords Mobile, one of the greatest success stories in mobile gaming history

February 26th, 2016 was the fateful day when a mobile game was released that went on to become a smash hit in a relatively short period. It was of course Lords Mobile, a multiplayer strategy game with more than 90 million players worldwide. It's an incredible success story that's still going - the game continues to release updates with fresh content for current players and new players alike.
See more

Car Parking Multiplayer
Drive around an extensive map for a realistic parking experience
Clash of Clans
Crush enemies and lead your clan to glory
Mobile Legends
An excellent, but shameless, League of Legends clone
Scary Teacher 3D
Escape the terrifying teacher!
Clash Royale
Clash of Clans characters face off in epic duels
Solar Smash
Launch attacks on these planets and destroy them all
Bus Simulator Indonesia
Drive a bus through Indonesia with this simulator
Vegas Crime Simulator
Try not to get caught breaking the law!
Advertisement